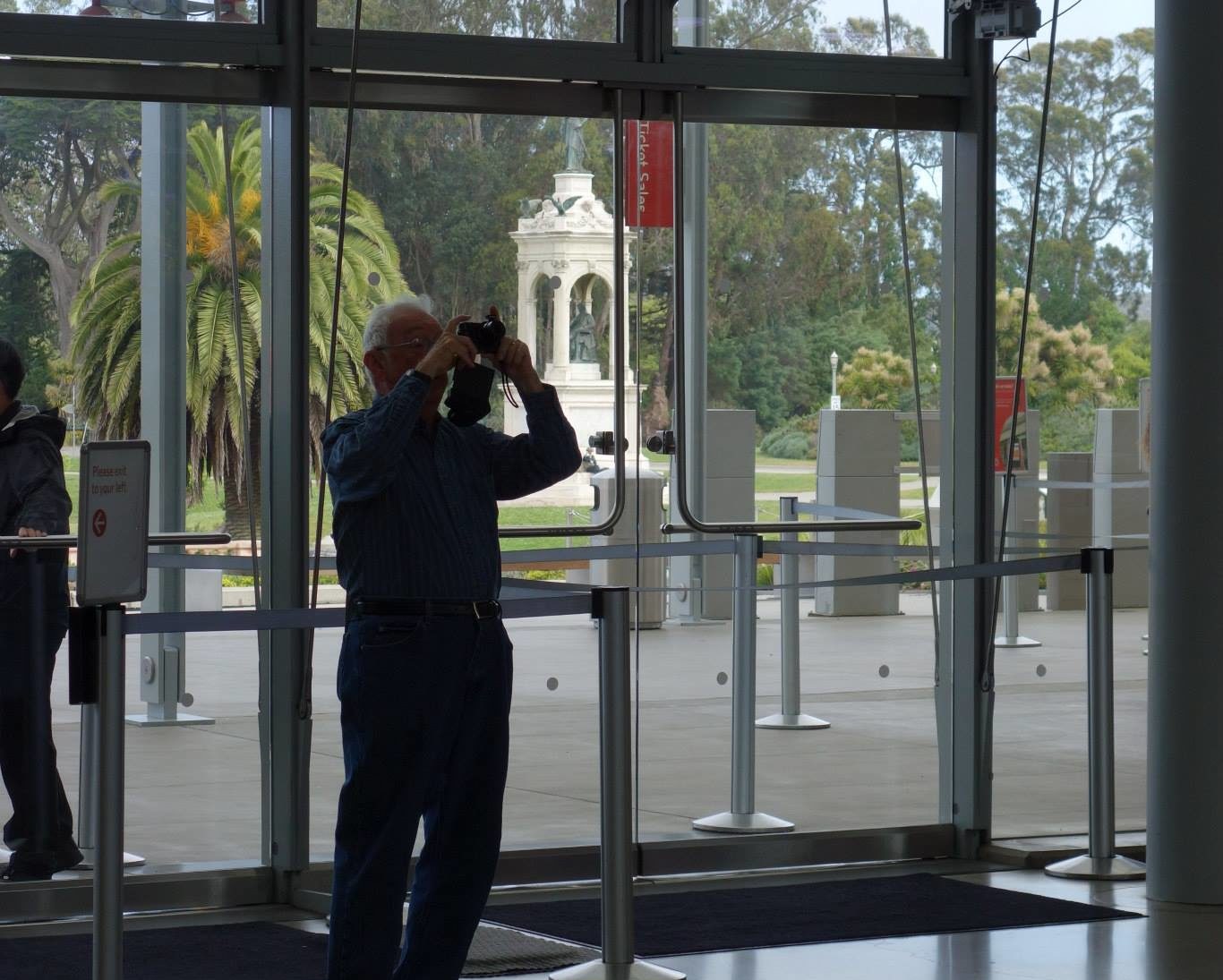 In June 2005, when my husband was away at Clarion West, my grandparents took a road-trip. They came to visit me in California, and for the first time in my life I had them to myself. Our family is pretty large, and events are often crowded with familiar faces. Iâ€™d never had a moment when it was just the three of us before.

They stayed for three or four days â€” Iâ€™m embarrassed that I canâ€™t remember exactly. We mostly sat and talked. I cooked for them (much to their surprise when I made biscuits from scratch). We visited an upscale Berkeley Chinese restaurant. Grandma was plain scandalized that they didnâ€™t have her preferred sweet and sour dish. Grandpa and I drank way too much green tea and got the giggles.

Grandpa and I got the giggles a lot during that visit.

They attended church that Sunday morning at a nearby congregation. For early supper, I remember I roasted a chicken and Â many vegetables. Grandpa ate extra helpings of the veggies.

We drank afternoon coffee out on the patio in the sun, sheltered by the courtyard. Wisps of fog ran uphill and over our heads, in our little protected cove still warm from the flagstones. We shared stories and laughed and prepared for their departure the next day.

In May 2014, my grandparents made their last visit to California. We flew them out and took them around to see the sights. Grandpa got some great pictures of the Golden Gate Bridge. We visited the Monterey Aquarium and Muir Woods. His camera was always clicking away to get that perfect shot.

One afternoon, we walked through downtown Alameda. Grandpa had talked to Stephen and I about his brief time as a kid in California â€” riding the trolley to the beach and the movies with his older brother. I took his hand and led him into the restored Alameda Theatre, and he gasped. Grandpa held my hand tight as tears welled up.

He stood there a long time, taking in the ceiling, the light fixtures, the wall tiles. Then he put his arm around me and pulled me close. â€œThank you,â€ he whispered with a little choke in his voice.

Grandpa in the Navy Reserves, some time post-WWII

His eyesight had been going for quite awhile, and Grandpa spent his life as a voracious reader. The inability to read was one of his greatest frustrations. Last year, we got him a Kindle Fire and an Audible account, and he settled in with an audiobook most nights. Like me, he liked thrillers and crime books, and always asked me for recommendations.

â€œI donâ€™t know, Grandpa,â€ I said the last time we talked through books. â€œI liked this one okay… but it has a LOT of swear words in it.â€ He laughed and said, â€œWell, well I know it, but I think I can handle it.â€Â  I didnâ€™t want his disapproval, even when talking about books with terrible crimes and the gritty detectives who solve them. He promised he wouldnâ€™t think badly of me for recommending them. I loaded more onto his Kindle.

Grandpa passed away last night, after suffering a stroke earlier in the week. I knew it was coming, but itâ€™s still a punch in the gut. Grandpa was more than my family â€” he was also my friend. When we caught up on the phone, he asked after my business and my friends (always about Bryan and Lisa, my co-founders past and present). We talked about politics, even when we didnâ€™t completely agree. He knew that Iâ€™m an atheist, yet he never failed to pray for me. I was grateful for his love and caring thoughts.

Iâ€™m really going to miss him.

This picture is from somewhere around 2003. It is one of my favorites.